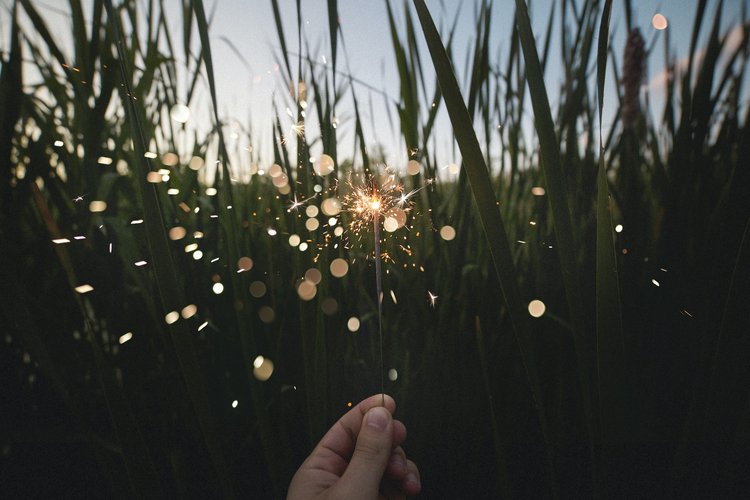 According to Judy Pollock, President of the Chicago Audubon Society, "The Chicago conservation community members have again accomplished some amazing things and we look forward to celebrating them. We hope that you can join us for the festivities."

2022 Chicago Audubon Society Environmental Awards will honor local conservation heroes–individuals who have dedicated themselves to help mend the earth and transform places, large and small, into safe havens for migratory birds and wildlife. Awards will be presented to: The event schedule is as follows:

7:30 am - 8:45 am Optional Bird Walk along the lower North Branch Forest Preserves. Meet in the Mathew Bieszczat Volunteer Resource Center parking lot.
9:00 am Registration & Silent Auction open. Buffet Brunch to be served (Vegan and Gluten-free options available).
9:30 am CAS Environmental Awards presentation.
10:30 am Program presented by Debra Shore, Regional Administrator, EPA Region 5. Canary in the Coal Mine: What Animal and Plant Communities Tell Us about the State of the Environment.

For more information or to register for the event, please visit: https://bit.ly/3T5TfMV

About the Chicago Audubon Society

About the Environmental Awards Recipients

Excellence in Environmental Reporting – Broadcast: Bob Dolgan
Bob Dolgan's efforts in filming, documenting, and arranging to produce two films about our special nesting Piping Plovers, Monty and Rose, and the resulting education that it helped with is definitely worth an award.  Bob produced and shared the films in theatres and on WTTW and highlighted local bird conservation activists both in the films and in presentations before the films. He made many other eloquent efforts to educate and help protect the plovers, other birds and habitat on Montrose.  His volunteering, his work at Turnstone Strategies, and his writings also help to promote bird conservation in Chicago.

Excellence in Environmental Reporting – Print: Patty Wetli
Patty Wetli has two qualities that make for a great environmental reporter:  her understanding of the value of the Chicago natural areas for people AND wildlife, and her great tracking of the important issues in the environmental community. Whatever issue is important to our community, be it the risk of glass towers to birds, piping plovers, local bird monitoring results, the fate of Bell Bowl Prairie or larger issues like climate change, land protection and gardening, Patty has done an authoritative and factual account. Her stories are important sources to this local community of environmental activists. Find them at WTTW.org.

More on Jersey Desk
The Craig Stettner Award for Environmental Education: Birds in My Neighborhood, Openlands
The Birds in My Neighborhood program has introduced thousands of Chicago grammar school students and their families to birds. The BIMN program uses children's natural curiosity about birds to educate them about the delight that birds can bring to their daily lives, and the tremendous importance of our city for migrating birds. Program staff have made important relationships with city schools, teachers and students, and enlisted and trained a group of volunteers to deliver the curriculum. This adds to the base of knowledge among Chicago's community members that birds need us right here in Chicago.

Protector of the Environment – Political Advocacy: Southeast Environmental Task Force
Southeast Environmental Task Force has been improving the southeast side for years. Their efforts encompass natural areas, residents' health, pollution and harmful chemicals in air and water, and area sustainable development. Most recently, their successful campaign to stop General Iron from bringing more pollution into the area has pushed the Chicago Department of Health to use a new standard to evaluate development, cumulative burden, which can transform development decisions in our city.  For decades of activating, saving, and improving the many natural areas and wetlands in the Calumet area, and working with environmental, government and other groups, including with CAS on defeating the Lake Calumet Airport and saving the now Marian Byrnes natural area, we salute the SETF.

Protector of the Environment – Political Service: Alfred Saucedo
As a staffer to Commissioner Debra Shore at the Metropolitan Water Reclamation District, Alfred Saucedo gave important help to the birding community in their successful attempts to protect the nesting grassland birds at Techny Basin and the shorebirds at Melvina Ditch Reservoir. He artfully balanced the needs of various advocates and District staff, gave great advice about collaborative process, and came out on numerous occasions to pull weeds and to see the birds and their habitat for himself.  We also thank him for his overall work in protecting the water supply and improving land use while he worked for Debra Shore at MWRD.

Protector of the Environment – Single Act (Individual): Tamima Itani
In 2018, birder Tamima Itani went to Waukegan Beach and saw a life bird, the Great Lakes Piping Plover. That sighting would lay the path for her tireless work on behalf of Monty & Rose, Chicago's piping plovers. Though unnamed at that time, the pair of plovers she documented would arrive in 2019 at Chicago's Montrose Beach. Springing into action in her role with the Illinois Ornithological Society, Tamima Itani began coordinating a massive volunteer effort that would become Chicago Piping Plovers. Working and coordinating with the US Fish and Wildlife Service, IDNR, Chicago Park District, Chicago Police Department, USDA, Great Lakes Piping Plover Recovery Team, and others, she managed a sunrise-to-sunset volunteer schedule and workforce, documenting, and supporting every step of the the plover nesting, hatching, and fledging process. This enormous effort helped Monty & Rose successfully fledge seven chicks over three years of nesting. With Tamima's help, they defeated flooding, skunks, predators, balloons, fireworks, and a scheduled beach music festival. Her documentation of the plover effort became key content for chicagopipingplovers.org website which informed the public and the media about the plover cause. By this time, Tamima, already well-known as Plovermother, had also written and published two children's books about Monty & Rose and had become a key media spokesperson for the plovers and the importance of the Montrose Beach habitat. It is no exaggeration to say that the most famous piping plovers in history would not be known if Tamima Itani, Plovermother, had not taken up their cause.

Protector of the Environment – Avocation (Individual): Dennis and Linda Marton
Dennis and Linda Marton have been involved in numerous activities to document the birds and other animals and plants at LaBagh Woods. They have organized the Spring Bird Count and Chicago Urban Christmas Bird Count, compiling the count data for LaBagh Woods and adjacent areas, and ensuring that it is accurate too. They have an extensive list of volunteers that they have gotten to help over the years. They also helped determine what species have nested at LaBagh Woods, in the Cook County Nesting Season Bird Census that CAS conducted for many years.  And they spent hundreds of hours during COS' major project of restoration at LaBagh Woods. As members of the planning committee, they organized the volunteers' removal of invasive species, and planting of native shrubs and understory trees to enhance bird habitat.

More on Jersey Desk
Protector of the Environment – Avocation (Group): Piping Plover Monitors
In 2019, a Facebook Call went out from the Chicago Audubon Society, Chicago Ornithological Society, and the Illinois Ornithological Society asking for volunteers to assist in monitoring the newly arrived Endangered Great Lakes Piping Plovers named Monty & Rose who had chosen to nest on Chicago's Montrose Beach, the first time in Illinois since the 1950s. Since that first year of nesting, a small army of over 100 volunteer Piping Plover Monitors–known to the public by their bright orange shirts-–have watched over, guarded, documented, and cared for Monty & Rose's plover family at Montrose. In heat, humidity, rain, wind, and funnel clouds, the monitors took shifts from sunrise to sunset, documenting nesting, incubation, hatching, feeding, and eventually plover chick whereabouts and flight. The monitors dutifully watched over their charges, heading off emergencies, stray dogs, and interlopers into the Protected Zone. This dedication continued during the 2019 season, the 2020 season with masks and distancing while the beaches were locked down during Covid, and the 2021 season, aiding Monty & Rose in successfully fledging seven chicks over the three years. After Monty & Rose's passing in 2022, monitors informally documented Imani, the 2021 fledgling and the first to return to his Montrose hatch site. The steadfast group has educated beachgoers about sharing the shore, spread enthusiasm for the piping plovers, and informed the public about the astonishing gift of hosting  plovers in the city of Chicago. The Piping Plover Monitors became frontline advocates for habitat restoration in the city, and contributed to making Monty & Rose a household name in endangered species protection.

Protector of the Environment –  Vocation: Louise Clemency
Louise Clemency, Field Supervisor of the Chicago Ecological Services Office of the U.S. Fish and Wildlife Service, has been a great supporter of local birds and wildlife since the beginning of her time leading the Chicago field office. Most recently, we know her from her support of the successful effort to protect Chicago's nesting piping plovers. She kept communication and collaboration flowing between all the many parties, much of it behind the scenes, found resources to help the plover volunteers and the park district, engaged young people as interns, and connected our Chicago team to the rangewide efforts. One story that typifies her dedication: she spent many a late night checking the photo stream from their protective cage and when she spotted a balloon that had drifted onto their cage, she woke her partner at 2 am to drive down together and remove it.  Louise has supported and funded many other important bird habitat restoration and birding inclusion efforts in Chicago, including CAS' Birdwalk Leader training program. She represents the best type of government official–resourceful, diplomatic, perceptive, and ethical.

First Friend of Chicago Audubon: Nancy Bradt and Laury Lewis
Nancy Bradt loves native plants. So when Chicago Audubon Society needed someone to organize a native plant sale, she was on board from the start. She has researched, used her connections, engaged other plant lovers, and guided our organization through several different models until we found the one that worked best for our members and customers.  This year alone, we added over 2,000 native plants to the great urban park that is Chicago and the surrounding area, providing habitat for birds and pollinators. Her husband Laury has been a tremendous asset at the sales, not only serving as the advisor to our customers who have questions about siting and care of their new purchases, but giving advice to CAS and helping behind the scenes.

Young Environmentalist: Simon Tolzmann
Simon Tolzmann is a 17-year-old who has a tremendous interest in knowing as much as possible about everything in nature. Not only an amazing birder (he helped find and ID King Rails, a flyover Upland Sandpiper, and even a Yellow Rail during this year's spring count), he tries to learn about every plant and animal he sees outdoors.  He is also interested in conservation, protecting and helping our local environment and our native species. He is an amazing Herpetologist, able to find and ID more salamanders, snakes and other amphibians and reptiles, than just about anyone we know.  He has taken a number of trips to other states, and learned and studied about animal and bird species there also. Simon already has been leading bird and nature trips in his summer job. He shares his knowledge with others via numerous excellent photographs on social media.